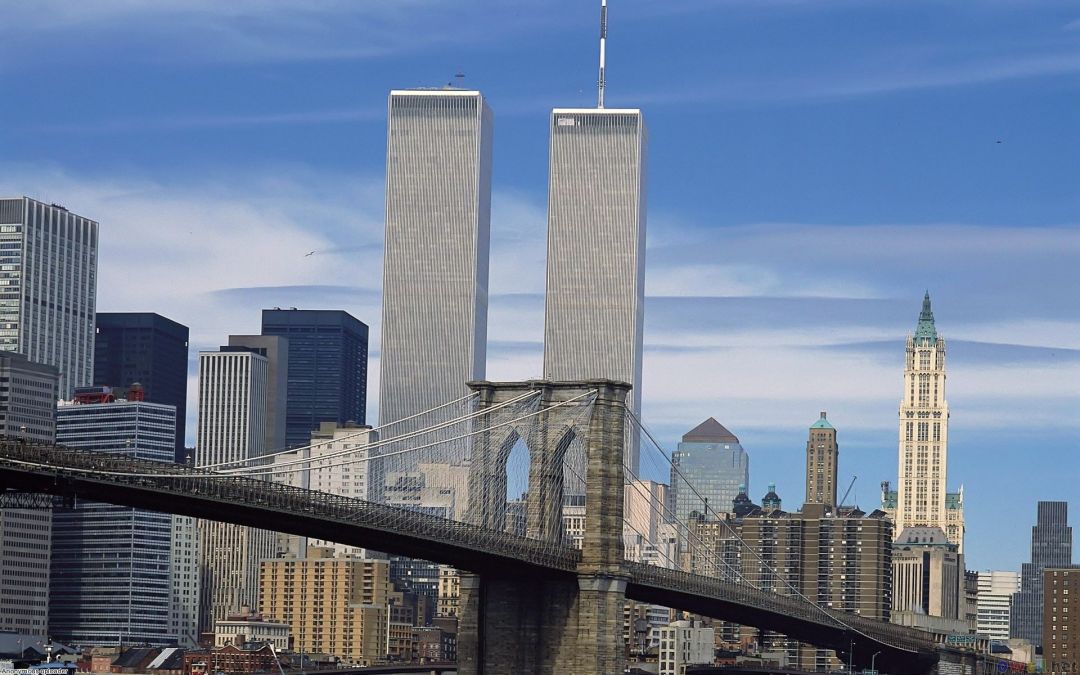 It’s the 20th anniversary of the attacks…

I can’t believe this was so long ago.  2001.  So much has happened since then, in the world, in our lives.  Marriages, deaths, children, school, moves, divorces, career changes, love stories, travels and so much more has occurred in 20 years.  The children born after the attacks are now young adults going off to University, jobs, traveling.

Everyone seems to remember where they were when the planes struck… I was in a meeting with Carswell’s president discussing partnering opportunities with Bellzinc.ca.   I remember his assistant came into the boardroom to tell us that something was going on in NY.  She said that it appeared that one of the towers was on fire.  She came in again to tell us that the tower had collapsed.   At this point we all received notifications to go back to our offices, take our belongings and go home as Bell Canada had declared a code Orange and we were not allowed to be in the offices.  I remember working from home for a number of days.   Downtown Toronto was a ghost town as everyone was afraid of attacks in many cities in North America.

I spent the afternoon watching the horror on TV.  It was devastating and numbing at the same time.   For days and weeks people were in a stupor.  Many people lost their lives that day, those who survived  and were close to the Twin Towers have been plagued with health issues.   So many emergency personnel died saving lives.  I just read an article about the kids of 9/11.  Those who were born after their fathers were killed on that day.   It’s heartbreaking to think that these kids never knew their fathers and how different their lives were without their parent.

Where were you when the attacks happened?  How did it affect you?

This is a wod to honour everyone who died that day – we usually do this workout every year.

Here is 9/11 by the numbers to remind us of how many lives were lost and how many families were changed forever:

Passengers and crew members aboard United Airlines Flight 93 died when the plane crashed into a field:40

Estimated number of children who lost a parent: 3,051

What keeps you coming back to Crossfit? From the first day I stepped into Crossfit and Marta coached me through Kelly, I knew that Crossfit was for me. While I was lying in a puddle of my own sweat, the competitive side of me thought, “Wow, the next time you do that, you’re going to … END_OF_DOCUMENT_TOKEN_TO_BE_REPLACED